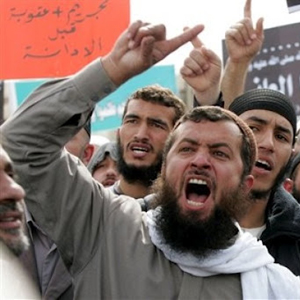 Reading through the headlines this weekend, my eyes were fixed on one in particular.  The headline “Arab Spring Run Amok: ‘Brotherhood’ Starts Crucifixions” conjures all kinds of images for the 21st century believer.

To be sure, the targets of crucifixion in Egypt are not, at least at the start, Christian believers.  Radical Muslims crucified those opposing newly installed President Muhammad Morsi “naked on trees in front of the presidential palace.”  It was a clear signal to political opponents: get in line or face the consequences.

Political violence in the Arab world is not news to anyone.  But this headline caught my attention because crucifixion has special meaning for Christians.

The rise of the Muslim Brotherhood in Egypt, with their advocacy of Shari’ah and radical Islam is a concern for us all.  Center for Security Policy Senior Fellow Clare Lopez believes these crucifixions are a clear warning for Egypt’s Christians.  She compares the coming treatment of these believers with imagery as charged as that brought up by the crucifixions themselves: the harsh treatment of Jews in Hitler’s Germany.

The Copts must get out of Egypt as soon as possible – for the many millions who will not be able to get out, I expect things will continue to deteriorate – just as they did for Germany’s and Europe’s Jews from the 1930s onward.

She goes on to cite several passages from the Qur’an that explain what’s happening in Egypt, including Surahs 9:29 and 5:33.  The latter of these reads:

The punishment of those who wage war against Allah and His Messenger, and strive with might and main for mischief through the land is: execution, or crucifixion, or the cutting off of hands and feet from opposite sides.

Clearly, the expectation is more of the same for the minority Christian Copts.

Bat Ye’or’s The Dhimmi: Jews and Christians under Islam was required reading in a graduate school Middle East politics course. Her painful history paints a complicated picture of a dominant Muslim majority subjugating second-class minority citizens to lesser roles and varying degrees of persecution and ridicule.  This remains the plight of most Christians and Jews in Islamic nations, and the degree of subjugation and official tolerance varies greatly from one nation to another. Is it about to get worse for Egyptian Christians?

And how should we respond to hatred, persecution and the prospect of death for Christian brothers and sisters around the world?

Here’s the standard laid out for us by Jesus Christ.  He speaks to us with foreknowledge of his own crucifixion, and yet he persists in counseling love in the face of hate:

You have heard that it was said, ‘Love your neighbor and hate your enemy.’  But I tell you, love your enemies and pray for those who persecute you.” – Matthew 5:43-44 (NIV)

Most of all, I will pray that Clare Lopez’s worst fears do not come true. 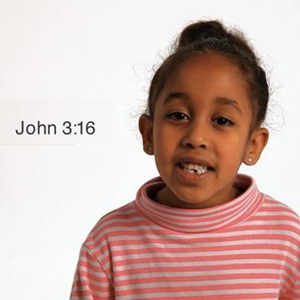 God loves Tom Brady.  And He loves Tim Tebow, too.  The fact is, God loves everyone…winners and losers, big and small, rich and poor, the beautiful and the unlovely.

The fact that God loves us all without regard to winning percentage or net worth is a radical thought for most people.  Success has to be the result of heavenly favor, some would say.  And losing—whether in sport or something else—is the result of some divine disfavor.

Many mainstream media types and sports reporters fall prey to this “prove-it-or-lose-it” faith worldview.  They’re the same ones who ridicule Tim Tebow for his unexplainable reliance on the God of the Bible.

Enter the Bible verse put forward by the media as the “motto for evangelical Christians.”  I’m not sure the Bible can be boiled down to a simple slogan, but if Christians are to have a motto, this is a great start.  After all, John 3:16 encapsulates the essence of the gospel message for every single person who lives, or who has ever lived.

You may, or may not, know it well.  It says: “For God so loved the world that he gave his one and only Son, that whoever believes in him shall not perish but have eternal life” (John 3:16 NIV).

During the second quarter of last week’s Broncos-Patriots game, Focus on the Family unveiled a 30-second spot featuring young children reciting these words.

The ad wasn’t about Tim Tebow or Tom Brady, and it wasn’t about success or failure.  No, the message was for everyone: winners…and losers, big and small, rich and poor, the beautiful and the unlovely.