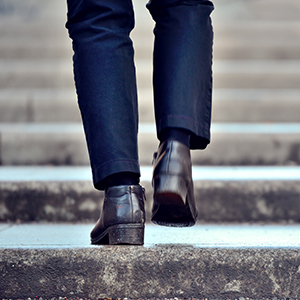 Too many times, our team has made the “giant leap” ministry mistake. Instead of providing an easy and obvious step into ministry or discipleship, we’ve made things more complicated than they had to be.

Churches have a tendency to overprogram as they build layer after layer of new ministries over time. That produces complex ministry schedules and programs that make it harder for someone new to break in.

The answer, as so many churches have discovered, is to simplify your ministry approach. That doesn’t mean that you leave out the important things, but it does mean that you’re more focused on Scripture-based, life-changing priorities. Here’s how the North Point team describes a next step ministry culture:

When you think steps you start by asking, “Where do we want people to be?” That question is followed by a second, more strategic question: “How are we going to get them there?” The result is a ministry that works as a step—it has been created to lead someone somewhere. This way of thinking makes a lot of sense in the light of what the church is called to do.

Most people won’t or can’t take big steps. But almost everyone can take smaller steps. For some, those steps are first steps. For others, they are next steps. The key is thinking about where you want people to be and how you’ll get them there.

Building a next step culture might include these, well, next steps:

Simplify your ministry approach with first steps and next steps. The key is thinking about where you want people to be and how you’ll get them there.