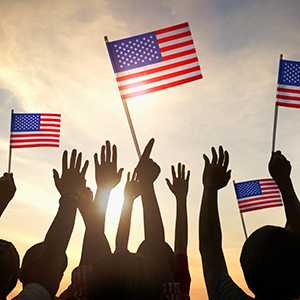 In celebration of Independence Day, and a renewed, steadfast faith in God, it feels appropriate to take an extended look at the words of George Washington in his 1796 Farewell Address:

Of all the dispositions and habits which lead to political prosperity, religion and morality are indispensable supports. In vain would that man claim the tribute of patriotism who should labor to subvert these great pillars of human happiness, these firmest prop of the duties of men and citizens. The mere politician, equally with the pious man, ought to respect and to cherish them. A volume could not trace all their connections with private and public felicity. Let it simply be asked: Where is the security for property, for reputation, for life, if the sense of religious obligation desert the oaths which are the instruments of investigation in courts of justice? And let us with caution indulge in the supposition that morality can be maintained without religion. Whatever may be conceded to the influence of refined education on minds of peculiar structure, reason and experience both forbid us to expect that national morality can prevail in exclusion of religious principle…Observe good faith and justice toward all nations. Cultivate peace and harmony with all. Religion and morality enjoin this conduct; and can it be that good policy does not equally enjoin it?

For much of our history, national morality, religious principle and patriotic devotion have seemed to work together. It’s why we’ve so often put the words “God and country” together.

Perhaps like no other time in our nation’s history, the relationship between God and country is strained. The disconnect is about more than any single moral or policy issue, centering on a general reluctance to trust God for our lives, our futures and our good.

But our citizenship is in heaven. And we eagerly await a Savior from there, the Lord Jesus Christ, who, by the power that enables him to bring everything under his control, will transform our lowly bodies so that they will be like his glorious body. – Philippians 3:20-21 (NIV)

We know that being a citizen of God’s kingdom means that we are in the world, but not of the world. So what can we do to serve both God and country? I’m committing to do 3 things:

Being a citizen of God’s kingdom means that we are in the world, but not of the world. Love Christ more than the world, love others more than yourself, and love the Kingdom of God more than material things. 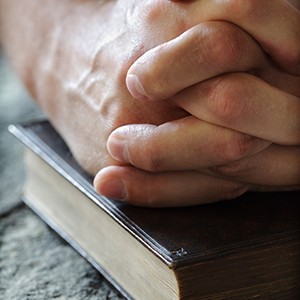 Think about the ways that being independent gets sewn into your life. It happens in school from the first day you go to Kindergarten. It happens in business as you learn to promote yourself and advance your career. It happens as you move away from home and take responsibility for things your parents used to do for you.

But after all those lessons in becoming independent, you have to live in the opposite direction. For most of us, the first big lesson happens in marriage. We discover the limits of self-reliance and the beauty of a collaborative, loving relationship with someone else.

But the greatest lesson in dependent living is the one we learn as a child of God. Jesus said:

I am the vine; you are the branches. If you remain in me and I in you, you will bear much fruit; apart from me you can do nothing. – John 15:5 (NIV)

Abiding in Christ means that you depend on Him in every corner of your life. That happens most readily through prayer. Bill Hybels said it this way:

From birth we have been learning the rules of self-reliance as we strain and struggle to achieve self-sufficiency. Prayer flies in the face of those deep-seated values. It is an assault on human autonomy, an indictment of independent living. To people in the fast lane, determined to make it on their own, prayer is an embarrassing interruption.

Interruption or not, prayer is the indispensable ingredient in any relationship with a communicating God. Without it, the faith relationship breaks down and your independence asserts itself once more. To break the chains of self-reliance and self-sufficiency:

Live with God-reliance vs. self-reliance in every aspect of your life. The key is regular communication with God in the big and small things of life. That unnatural activity pushes self-reliance to the side and leads you to embrace total dependence on an eternally faithful God.

Bill Hybels, Too Busy Not to Pray: Slowing Down to Be with God (10th Anniversary Edition, Revised and Expanded), 2nd ed. (Downers Grove, IL: InterVarsity Press, 1998), 9. 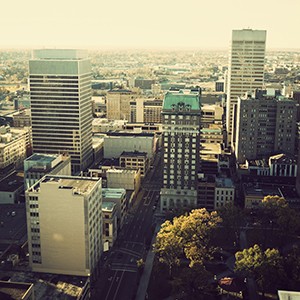 Growing up in greater Memphis, I don’t think I understood just how complicated my city was (and still is). I had a sheltered view of the city that comes from a comfortable home in the suburbs. But I still say that Memphis is “my city.” It’s the only urban center I come close to claiming. Both in proximity and sentiment, Memphis is my home.

Memphis is a great city. But Memphis is a tragic city, too. While rich in diversity and color, it is forever connected to African Americans’ struggle for equality and justice in the Jim Crow south.

Memphis is a city of widespread poverty, juxtaposed against areas of privilege and wealth. Numerous studies have shown that low income households face significant material, educational and socioeconomic challenges.

Memphis is a city with an identity crisis and a propensity to always expect the worst. As a matter of fact and routine, many expect their lot to always come up short.

As believers, we have an answer for all of it. We can offer real hope and security through Jesus Christ. We can respond to past challenges with His eyes, heart, hands and feet.

But it’s also true that we face a new challenge in our efforts to reach the city. Confront some quick facts about Memphis:

If there’s hope for penetrating lostness in cities like Memphis, it’s going to require a change in strategy:

Penetrating lostness matters across North America and around the world, and it matters in Memphis. We must change our strategy to start new churches, revitalize existing churches, produce disciples, do more with less, cooperate and go like never before. That’s the way to penetrate lostness in greater Memphis…and the world. 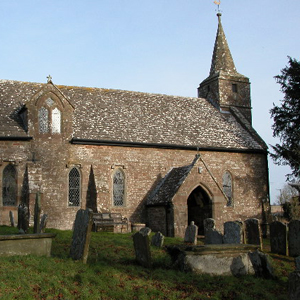