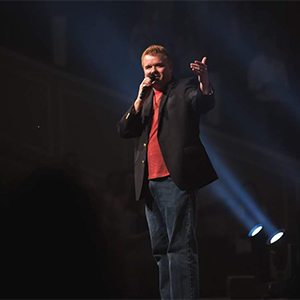 #imustconfess that before Christ, I was lost and confused about my purpose and my place on this earth. It’s true that I had heard (and read) the words of Jesus Christ, but I didn’t know Him in a personal way.

I was 9 years old when I made Jesus Lord and Leader of my life. In that moment, my knees shook and I was overwhelmed by my own sin and guilt. I realized I was a sinner. I opened a Bible and read Romans 6:23: “For the wages of sin is death, but the free gift of God is eternal life in Christ Jesus our Lord.” I embraced the truth in those words and turned away from my sin and toward Jesus. My life was changed!

Since meeting Jesus, I have no doubt about my future. I know that Jesus died for me and rose from the dead on the third day. Jesus is my Lord and Leader, and my relationship with Him defines my life. I still have struggles, ups, downs and everything in between, but Jesus puts it all in perspective. I know who I am and I know I belong to Jesus. It’s the greatest thing that’s ever happened to me, and it’s what #imustconfess! 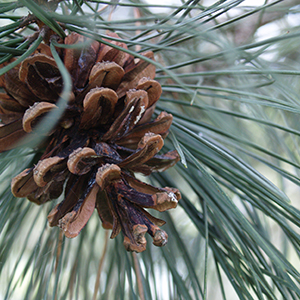 After almost 5 months in Louisiana, our family is quickly making a home in West Monroe. God has planted us in a wonderful church at First West. In Lead Pastor Michael Wood and throughout the rest of the First West team, we sense God’s hand and favor on this place.

I moved in to the Executive Pastor’s office at First West and hit the ground running on Monday, August 2nd. The pace has been brisk, but God is doing a great thing!

What’s the best part of the job? It has to be the people—both paid and volunteer—on this team. They are high capacity leaders with a sincere desire to see to it that no one misses the grace of God. I am pumped about 2016!

Continue reading to find out more about Suzy, William, Daniel and Katie.

Suzy. Suzy accepted a 4th grade teaching job (and calling) with the Ouachita Parish School Board in July. It’s great to see her excel at something she was clearly meant to do. She started a women’s LIFE group at First West and made new connections with the women and wives on our leadership team. Suzy has made a home for us all in West Monroe, and I am thankful!

William. William started his senior year at West Monroe High School in August. He’s made new friends and he continues to develop his love for singing. And for the first time, I’m known for his singing, rather than him being known for mine. He sang Tenor I in All-State Choir this semester down in Baton Rouge. William stays busy working at Chick-fil-A as he continues his college search.

Daniel. Daniel started his 10th grade year at West Monroe High School on our first day in Louisiana. After our Sunday evening reception in Collierville, we drove the entire distance to West Monroe so he could start band camp the next day. After a great Fall semester and a memorable marching band season, Daniel is taking trumpet lessons at ULM (The University of Louisiana at Monroe). His perseverance in developing his talent is an inspiration to me!

Katie. Katie is a 7th grade student at Good Hope Middle School, a short 5 minutes from our new home. She’s got the perfect GPA and loves music almost as much as our cat (named Leo). She earned top marks with her clarinet at solo-ensemble festival and had her first choir solo at this year’s school Christmas concert. The highlight of my Fall was a dad and daughter trip to New Orleans for the Louisiana All-State Youth Honor Choir concert.

The prayer that Suzy and I have had for our family throughout our move to Louisiana is that we would each uncover and refine the core of who we are. I believe we’ve seen that happen—spiritually, relationally and in other ways—in each member of our family.

When everything is stripped away, what remains?

That’s the question we wanted our kids to answer now, and not next year or later on in their lives. They (and us) have learned that true significance doesn’t reside in a place, in friends or even in a church building.

Who we are is all about WHOSE we are.

And that’s the Big Idea.

When my young family and I moved back to Collierville in 2000, the ministry tag for Collierville First Baptist Church (CFBC) read “Home for Family, Friends and Faith.” As I reflect on our years here, that statement perfectly describes what both church and community have become for Suzy and me, as well as our children, William, Daniel and Katie.

My family has a long and blessed history with both Collierville and CFBC. It began when my father was called as Minister of Music and Youth in 1969. I was a precocious 1 year old and Collierville was more rural than suburban. Mom and Dad quickly made friendships that would last for the rest of their lives.

Bill Spencer from the Baptist Church in Iuka, Mississippi, was selected in the fall of 1969 as a full-time staff member, filling the position of Music and Youth Director at $8,500 per year. The church bought a house on South Street for him to live in.

We lived in that house with red brick and the long driveway (and the $8,500 salary) for almost 4 full years. Our 8mm home movies tell the story of a fruitful ministry in small town America. Families with kids who were a part of Dad’s student group have stayed in touch for the last 45 years.

Over the next several years, my father served some wonderful churches, but the family’s connection to Collierville was always there. A brief recap of my mom and dad’s ministry tells the tale of a remarkable return to Collierville in 1985:

My father’s second tour of ministry at CFBC ended on April 23, 1986 when he suffered a fatal heart attack. It was both an unexpected and transformative moment in my life, altering our family’s course and sending each of us down paths that we could never have orchestrated on our own.

But God was in control then, as He is in control today. He led me to Virginia, where I met and married Suzy and found a renewed call to ministry. He moved us to California and Texas, where we discovered a zeal for doing whatever it takes to reach unchurched people. And then, He led us back to Collierville.

The opportunity to follow my father’s footsteps in ministry at CFBC was something only God could do. I am so thankful for Pastor Gary Watkins and the CFBC personnel team for seeing in me the rough leadership and character traits that would translate to effective ministry in metro Memphis.

Our first Sunday at CFBC was June 13, 2000. What followed were 15 years of incredible, Spirit-filled ministry. The church doubled in size, the worship ministry multiplied to over 600 members and I grew to accept new responsibilities as a church leader. I will always be grateful for the personal, spiritual and leadership investment that Pastor Chuck Herring made in me.

As we embark on a new adventure at First West in West Monroe, Louisiana, we thank God for our years at CFBC. We will remember Collierville as a place for:

My family has a long and blessed history with both Collierville and CFBC. As we embark on a new adventure at First West, we thank God for our years at CFBC. 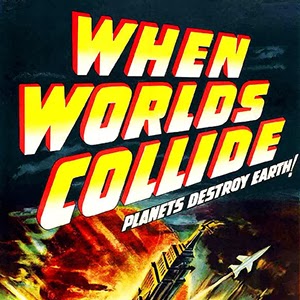