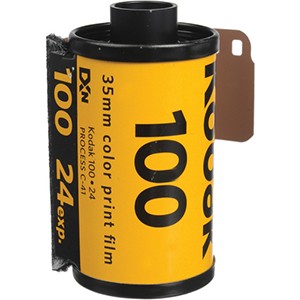 Kodak is the textbook example of a successful company that failed to adapt to major changes in its core business. In a spectacular example of mismanagement and organizational hubris, it failed to anticipate the transition from photographic film to digital photography.

An organization’s Kodak moment occurs when peak success gives way to rapid changes in culture and the marketplace, producing a diminished organization unable or unwilling to adapt.

Is the American Church facing its own Kodak moment? Has it begun the inexorable slide towards ineffective witness, waning influence and spiritual complacency? Those questions hit me hard as I read John Dickerson’s book, The Great Evangelical Recession.

He documents 6 “Kodak moment” trends of decline in the American Church:

Have we arrived at a point of no return? I believe the American Church is closer than it’s ever been to an irreversible slide to obscurity. With each year, the road back to spiritual vitality grows longer and harder.

But there is hope.

We rightly define growing Christian churches by their worship and their witness.  They are purposeful places of discipleship, ministry, evangelism and missions. They are Great Commission and Great Commandment places of authentic Christian fellowship and community.

We have to be those things again. We must:

The way back to spiritual renewal and revival begins with loving the right things. We must love Christ more than the world, love others more than ourselves, and love the Kingdom of God more than our material possessions. That’s the path to a spiritually vibrant and growing American Church.