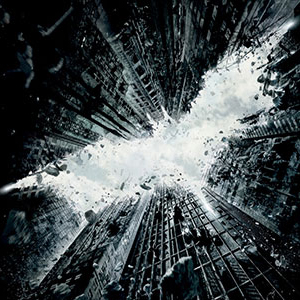 Even before the events in Aurora, Colorado, I wasn’t planning on taking my middle school boys to see The Dark Knight Rises.  I have never enjoyed the dark direction taken by the Batman franchise…it just seemed over-serious, mean-spirited and cruelly-pointless to me.

That’s been true almost since the launch of the first film franchise in 1989.  Tim Burton’s Batman was a conflicted millionaire with a conscience, but the director restrained himself from plumbing the depths of darkness and evil that would characterize later sequels.

Each successive film and director pushed the violence (and psychotic villains) farther away from camp and closer to the ultraviolence we associate with the most deviant criminal behavior.

Comic book fans will say that the films mirror the darker tone set in some versions of the comic book series.  That may be true, but I have always been a fan of the campy.  I enjoy reruns of the Adam West television series from the 1960s.  People laugh at me when I mention that today.  Is that a reflection of my naivety or a commentary on our growing insensitivity to violence?

Jenny McCartney in The (UK) Telegraph writes this about the opening scenes in 2008’s The Dark Knight:

The film begins with a heist carried out by men in sinister clown masks.  As each clown completes a task, another shoots him point-blank in the head.  The scene ends with a clown – The Joker – stuffing a bomb into a wounded bank employee’s mouth.  After the murderous clown heist, things slip downhill.  A man’s face is filleted by a knife, and another’s is burned half off.  A man’s eye is slammed into a pencil.  A bomb can be seen crudely stitched inside another man’s stomach, which subsequently explodes.  A trussed-up man is bound to a chair and set alight atop a pile of banknotes.  A plainly terrorised child is threatened at gunpoint by a man with a melted face. It is all intensely realistic.

That description is about the precursor to this month’s Batman movie.  The Dark Knight was released four years ago, but its themes of intense cruelty and psychotic violence are continued in the 2012 installment.

It should come as no surprise that a disturbed man embarked on a killing spree reportedly dressed in black with hair dyed blood-red.  At a movie theater showing The Dark Knight Rises, he entered through a fire door he had previously left open and then set off a stun grenade before opening fire with three guns, killing 12 and injuring 58.

Read the full 2008 Jenny McCartney article in The Telegraph, but be warned, it’s graphically ultraviolent.